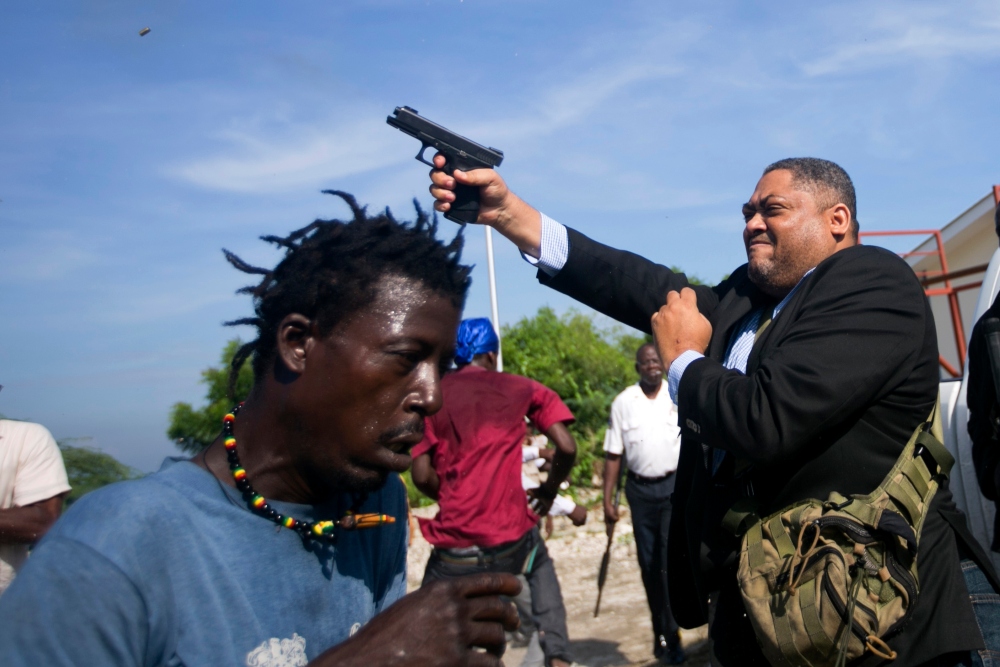 In the melee, a respected Associated Press photographer and a security guard were both shot, according to The Guardian.
It was reported that the photog suffered from bullet fragments getting embedded in his face, but the extent of the injuries was unclear.
Sen. Jean Marie Ralph Féthière, was pictured flashing a gun and reports have named him as the gunman who threatened to use the weapon if he was not allowed to proceed through the crowd.
Féthière, however, said he used his gun in self-defense. He stopped short of admitting to the shooting of the two men.
“Armed individuals threatened me. It was proportional,” Féthière told Radio Mega. “Equal force, equal response.”
The new Haitian prime minister, Fritz-William Michel was in the midst of his second confirmation meeting.
Haiti has been embroiled in deadly protests since February 7.
Protestors are calling for its President Jovenel Moise and the prime minister to resign.