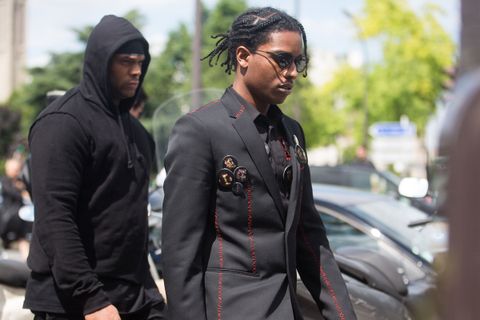 It has been exactly 12 days since A$AP Rocky was released temporarily at the end of his trial in Stockholm, Sweden and returned home to the US to await the ruling on charges of assault. Now the verdict is in and Rocky, real name Rakim Mayers, has been found guilty of assault, reports DOPEST.se. Rocky will serve no jail time, but he has received two years’ probation.

In addition, he has been ordered to pay 12,500 Swedish kronor (approximately $1,300) to the victim, a fine that he will share with his two associates, who were also convicted in the case.